Where possible, U.S. strategy is to employ indirect approaches—primarily through building the capacity of partner governments and their security forces—to prevent festering problems from turning into crises that require costly and controversial direct military intervention. In this kind of effort, the capabilities of the United States’ allies and partners may be as important as its own, and building their capacity is arguably as important as, if not more so than, the fighting the United States does itself.Secretary of Defense Robert Gates

A Half Century of U.S. and PN Interaction 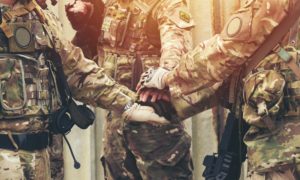 Oversight of United States (U.S.) military support to other nations became a formal Department of Defense (DoD) function in 1971, with the creation of the Defense Security Assistance Agency (DSAA), which was renamed the Defense Security Cooperation Agency (DSCA) in 1998 to reflect the evolution of a more collaborative design to the partnerships between the U.S. and foreign militaries. Today, over 50 years later, DSCA continues their mission to advance U.S. policy, improve the security environment worldwide, and build the capacity of U.S. partner nations (PNs) and allies to enable them to respond to our shared challenges. Cambridge International Systems, Inc. (Cambridge) was founded in 1994 with a vision to support Building Partner Capacity (BPC) efforts and other missions that counter threats to national security—and we have stayed true to that intent for nearly three decades. To do so, Cambridge has adapted and grown along with Security Cooperation (SC) requirements, as transactional support progressed to doctrine level policy and strategy driven approaches.

From assistance to cooperation, the catalog of U.S. security offerings abroad has been refined over time alongside the changing geopolitical landscapes, legal authorities, and underlying policies that shape SC endeavors. Foreign Military Sales (FMS) and the timely provision of equipment and technology to PNs has been and remains a traditional key element in SC. In fact, FMS cases implemented by the DSCA rose nearly six percent in FY 20, demonstrating that the U.S. remains the supplier of choice for defense-related technologies delivered through a fastidious, regulation-driven acquisition process. However, long-term BPC projects designed to enhance the abilities of other nations and promote affiliation have also increased steadily since 2001. This is due to a concerted, deliberate movement to craft missions, programs, activities, and authorities to support the shared objectives of the U.S. and its allies. Reflecting certain policy directives, BPC initiatives include mutual investment, defined outcomes, and collaborative planning — projects for a nation — by, with, and through that nation. Thus, the U.S. has continued to provide PNs with better technology via FMS, while also increasingly advising, teaching, and training with the goal of the PN gaining an autonomous ability. Logically, alongside this progression, Cambridge’s Outside the Continental United States (OCONUS) engagement came to include both the traditional and the emerging sensibilities of SC.

On our earliest major contract, Cambridge designed and built a communications center for the Colombian Ministry of Defense in Bogota to detect and monitor narcotics trafficking. We built on that accomplishment, solidifying our reputation for quality services, to secure similar work supporting hemispheric radar system requirements across nine countries in the U.S. Southern Command (USSOUTHCOM). Cambridge went on to deliver on a SC project involving new partners in the former Eastern bloc, providing support for with burgeoning security and surveillance requirements integrating with NATO and U.S. command and control policy and strategy standards.

While Cambridge continued to operate in multiple countries on these and other shorter projects—deploying to a country; delivering and installing equipment; and immediately leaving— we found that by 2005, we were also staying in certain countries for longer periods. The policy focus of updated/advancing Section 333 SC programs became especially tangible when Cambridge began executing task orders on the Counter-Narcoterrorism Technology Program Office (CNTPO) program in 2008; and by 2015, SC concepts were far less theoretical and more practical, with many Cambridge engagements involving in-country immersion and bilingual experts embedded with PN military personnel and mentoring in real word situations. To name a few of many examples, Cambridge teams:

Cambridge Invests and Tailors its Structure for Security Cooperation

Government contracting has always been a reactive business to an extent—industry has limited input into when and how requirements are released for bid, and price points remain low and stringent. Meanwhile, SC in-country operations and partnerships intensify, and the mission environment progresses dynamically —with new threats emerging, existing threats exacerbating, and previous threats being neutralized simultaneously. To compete and perform, the industry supporting SC has also had to transform. Contractors have had to be more agile and proactive, quickly preparing to maintain a constructive presence in foreign countries for at least certain timeframe, navigating OCONUS travel, in-theater working requirements, and customs as well as logistics challenges that vary from country to country. In addition, as Cambridge realized over a decade ago, mere presence overseas is not enough—positive impact and integration into communities is paramount to meet both execution requirements and the spirit of the initiatives. In-country infrastructure and commitments solidify regional relationships that can mitigate logistics issues and increase employee morale and retention, enhancing communities and reducing total cost and risk to the contract. To that end, in 2012, Cambridge established and staffed our licensed Colombia office to hire and manage 250+ local national (LN) personnel in support of numerous Security Cooperation Office (SCO) contracts. At the same time, we began refining our signature style of immediately improving the working conditions of employees while providing personalized, local attention to customers. Under this model, Cambridge also established global support offices and infrastructure in Bahrain, Germany, and Mexico. We have also previously operated offices in Brazil, Afghanistan, and Djibouti, although, based on evolving missions, they no longer maintain an active brick and mortar presence in those countries. Today, Cambridge has past performance on six continents, in every Area of Responsibility (AOR), and in more than 55 countries.

The lasting value of industry commitments in the PNs they work with is exemplified by Cambridge’s performance on the Regional Helicopter Training Center (RHTC) Support Services project in Colombia, a contract we were awarded in 2016 under the Counter Narcotics & Global Threats (CN&GT) Multiple Award IDIQ vehicle. RHTC was an ambitious program. The mission was to provide aircraft maintenance, logistics, instructor pilot standardization, and airframe transition support to the Colombian Military (COLMIL) while preparing PN personnel for nationalization of the program, essentially building their capabilities to manage the program autonomously. An aggressive timeline mandated that the nationalization occur within three years. Cambridge trained pilots and supported seventy-two (72) TH-67 helicopters, approximately one-third of the world’s fleet, while advising and collaborating with the PN and SC authorities, and then transitioned the RHTC to Colombia on-time in 2019. The keys to this success were Cambridge’s logistics experience in SOUTHCOM, our expertise in Colombian business and labor laws and practices, our local office infrastructure, our decades long relationships in Colombia, and our knowledge and respect of local customs. That is to say, it was SC mission experience gained and investments made during the timeframe of Plan Colombia (2000—2015) that enabled the accomplishment of an essential, high visibility BPC mission executed during the next phase of directives.

The Next Wave: Institutional Capacity Building

The U.S. has long subscribed to the utility, indeed the requirement, to employ the capabilities and joint competencies of our friends and allies. The COVID-19 pandemic reinforced the fact that our world is in many ways very small. Our national security well-being is not isolated from the strengths or the frailties of our partners. We must pay heed to their capacities.

If we are intent on building those capacities into stable, sustainable ones that can be counted on by our defense planners, then the SC missions and investments must be planned well but also carried out by industry partners who are equally astute at understanding and executing the best practices of SC. Specifically, as Cambridge has identified and practiced over the past two-plus decades, contractors must understand the legal authorities and then properly address and teach the rules of engagement; tactics and strategy; information sharing; and ways of armed conflict. They must know and respect US strategy and policy from National to Service-Level to Commanders but then apply that knowledge with nuance and a valued appreciation for the PN workforce with whom they interface. Because of this, it is important to appreciate and understand our partners’ environments and cultural norms, even as the U.S. brings new methods. Finally, there must be a recognition upfront that as a company within the SC sector, our job is to work ourselves out of a job. It is to produce highly competent partners who have also invested and who no longer need the mentorship, can steer their own course, and have set that course in a way that will serve the U.S. and its citizenry for the better.

Scroll Up
We use cookies to ensure that we give you the best experience on our website. If you continue to use this site we will assume that you are happy with it.OkPrivacy policy