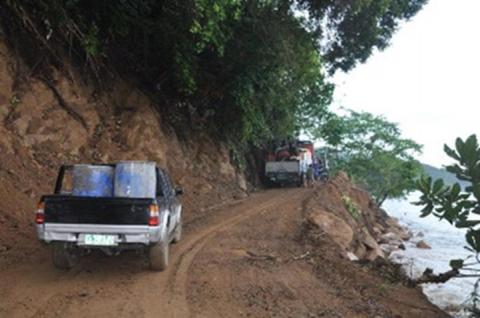 Cambridge has earned a reputation as the systems integrator to call when you need to install a C5ISR system in a high-risk location. Cambridge’s installation of a maritime surveillance system (MSS) for the Philippine Navy (PN) demonstrates our ability to succeed where others fear to tread.

Overcoming security challenges
Cambridge installed state-of-the-art, commercial off-the-shelf, command-and-control and surveillance systems at two regional command centers and nine surveillance stations in the Philippines. The systems were installed deep within the strongholds of violent and active Marxist and Islamic rebel/terrorist groups. The safety and security of our personnel always remained a top priority. We coordinated all movements with the U.S. Embassy and the Armed Forces of the Philippines.

Developing creative logistics solutions
Every surveillance station was located in a remote site that included little or no supporting infrastructure, such as paved roads, running water, electricity and phones. Those were the good sites! Some sites were located on islands that included thick jungles that had no roads designed for vehicles or access points for bringing ashore a boat or landing a helicopter. In these locations, even transporting small and compact equipment would be challenging, but we needed to move MSS towers, which are more than 100-feet tall and weigh several tons. We also needed to move material required to construct MSS living and working quarters.

We needed to be flexible and creative to overcome logistics challenges. We became adept at crafting contingency plans. When promised transportation to a remote island fell through, we hired local tramp steamers to transport personnel and gear. When an island lacked a pier to offload equipment, we hired local fishermen in out-rigger canoes to transport the equipment. When a promised access road didn’t materialize, we made our own and if building a road wasn’t viable, we hand-carried equipment. When we discovered a long-forgotten Islamic graveyard while clearing the jungle at a new site, we relocated the site an appropriate, respectful distance away from the burials.

Persistence pays off
With hard work, determination and out-of-the-box thinking, Cambridge’s MSS team accomplished the mission. The MSS enhanced the PN’s maritime domain awareness in southern territorial waters, improved the safety of mariners in the Sulu Archipelago and the Celebes Sea and improved the interdiction and control of lawless elements engaged in illegal activities.